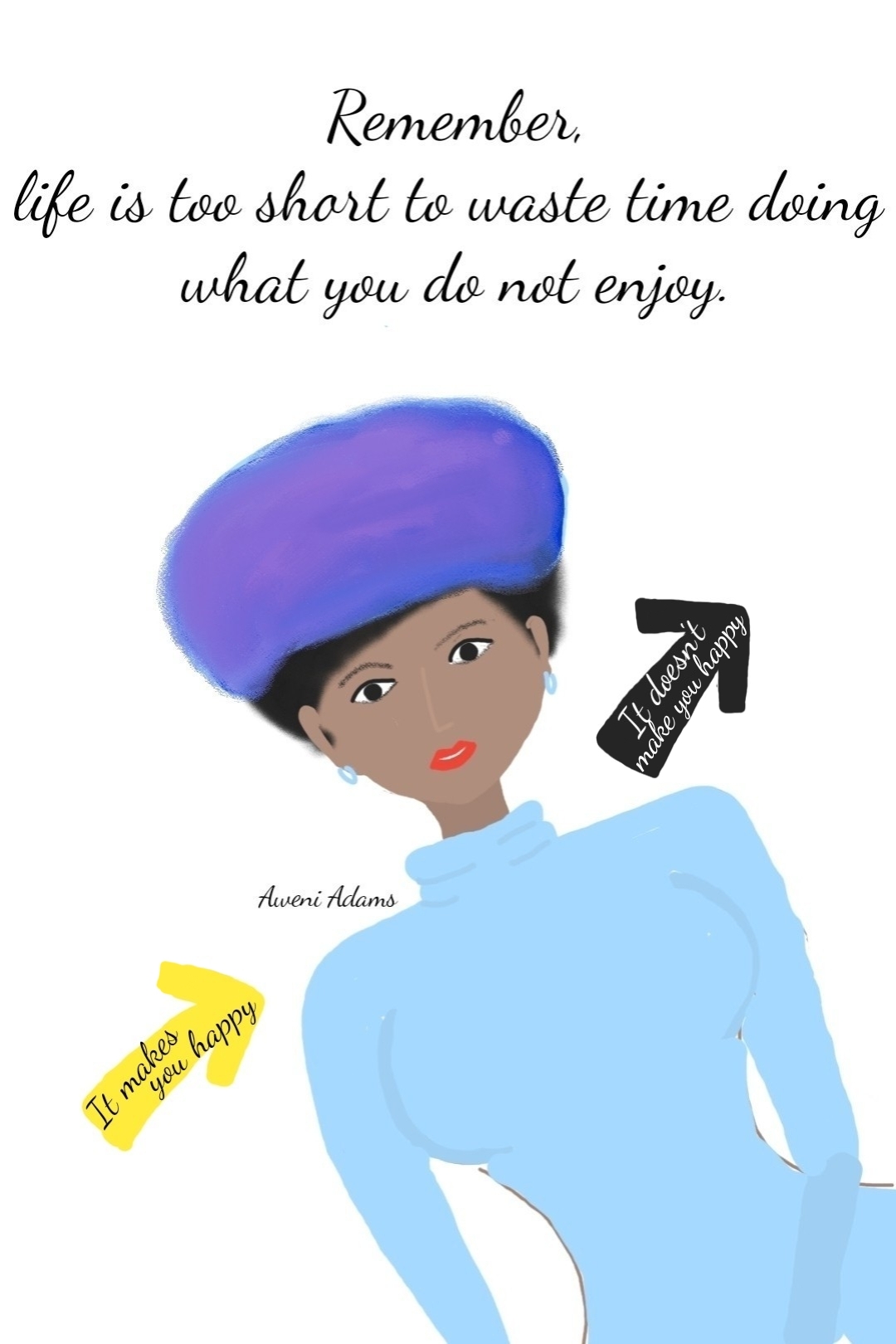 Dreams and heart makes her choices.

In tandem with life.

Funmi stared at the letter in her hands. She couldn’t believe it. She got the job! She could feel the joy rise inside her, brimming to the fore and threatening to push open the coffers she normally had her emotions in. The only problem was, these feelings weren’t hers. They belonged to someone else. They were her father’s, who had dreamt since he laid eyes on her 26 years ago that she was going to be an IT engineer. They were her mother’s, who whispered in her ears day and night that she could be that person her father wanted her so much to be. They belonged to the daughter who yearned so very much to make her father happy, to help him live voraciously through her.

They weren’t hers.
She didn’t identify them as such that day.
So she let herself revel in them. She celebrated her new job and started her new life.

It was 50 years later when she was beautifully grey and retired that she discovered how she had lived a life that wasn’t hers.
She had envied all those fashion designers doing their thing on stage. The endless sketches of dress designs she effortlessly drew piled up over the years. She didn’t recognise it for what it was. For her, it was a hobby, a way to relax after her stressful job at Google that made her dreadfully unhappy. Her husband, Alan and the kids had made everything worthwhile though. Coming home to them always made her forget her troubles until the next working day. Despite how she felt about her job, she was great at it. ‘Surely this is happiness,’ she repeatedly said to herself. It was when Alan, bought her a sewing machine and some frills for her 76th birthday that she knew what it meant to be alive.

On her 80th birthday, Alan, the kids and her grandchildren stood beside her, holding flowers. They were all gaily dressed in FunmiAlan couture as they stood beside her grave.

On the headrest read, ‘Funmi Brown, beloved wife, mother and grandmother who was lucky to find her real happiness in the end.’

I know it is easier said than done but I encourage you to actively seek out and do what makes you happy and shun what doesn’t.

© Aweni and Aweni.net, 2016-2019. Unauthorized use and/or duplication of this material without express and written permission from this site’s author and/or owner is strictly prohibited. Excerpts and links may be used, provided that full and clear credit is given to Aweni and Aweni.net with appropriate and specific direction to the original content.